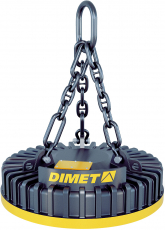 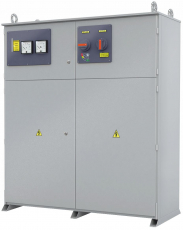 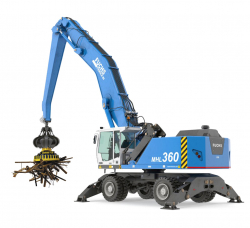 Choosing electromagnet for cranes and mobile handlers under the given capacity 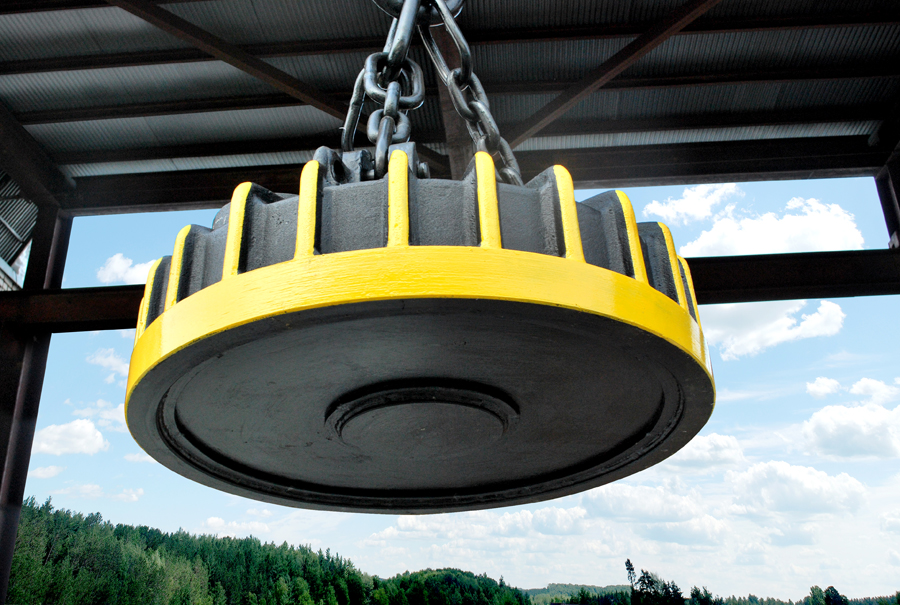 When working with customers, our engineers often face a situation when the ordered electromagnets clearly do not match the characteristics of the cranes on which they are going to be used. This happens because clients tend to choose the less productive and cheaper options. However, such “economy” is often illusory.

Let’s take a specific situation as an example. Our partner has overhead cranes with the lifting capacity of 16 tons installed at the scrap yard where the metal is delivered by rail and in large trucks. The cranes are operated round-the-clock in a hard mode (certified standard for the crane operation A6, ISO 4301-1-86). Initially, lifting electromagnets of 165 cm diameter were used.

Nevertheless, local engineers, as well as the workers in this area, were not entirely satisfied with the performance efficiency. First of all, because the unloading required a large number of crane cycles. Secondly, they started to question the ability of the installed (by the way, not so weak!) electromagnets to work with heavy pieces of scrap with a small contact area.

During the joint technical audit, DIMET technicians immediately noticed that the electromagnet had a mass of 3.2 tons and lifting capacity on heavy scrap up to 1.7 tons. The sum of electromagnet and load weights was up to 4.9 tons or 30.6% from the crane's capacity, that is to say that the crane was running idle by ⅔. As an alternative, DIMET EMG 200-46 electromagnet was offered and provided for testing. With the weight of 5.2 tons it has a lifting capacity up to 3 tons on the similar scrap. It's weight with a load is up to 8.2 tons or 51.3% of the crane's capacity

In this example not only the actual lifting capacity has increased, but also the weight of the magnet itself. Is it worth wasting the service life of the crane on increasing the mass of lifting equipment, when according to laws of physics we can just increase the current in the electromagnet winding that should lead to an increase in magnetic flux?

Increase of the current with unchanged parameters of the electromagnet coil  results in the destruction of its thermal balance which can lead to overheating of the coil and the electromagnet's failure. Therefore, an increase in current is justified only in two cases:

DIMET engineers designed heavy electromagnets in a way that the EMG HC and Scrap-T series' capacity increase is higher than the growth of their weight. Besides, energy consumption per unit of load is reduced. In our example, the net weight of a magnet increased by 62.5%, which allowed to increase the lifting capacity on the heavy scrap by 76.5% with the increase of rated power (which is, in fact, energy consumption) only by 34.4%.

This leads us to a question: to what percentage of the crane's lifting capacity is it necessary to increase the total mass of the load and lifting equipment? It is hardly possible to fully answer this question in a short article. When we calculate the lifting capacity of a magnetic crane, we should take into account both the intensity of operation and the average weight load in one cycle. In other words, if the offered type of electromagnet is suitable for intense round-the-clock usage, it would be more sensible to choose a less powerful type of electromagnet for a less intense usage.

To correctly choose the parameters of the crane-electromagnet-load system, special calculations are required. In fact, it is possible to solve this problem from the first try. Experience shows that the most optimal load on the mechanism is in the range of 50-70% of the maximum. At lower values, it turns out to be underloaded. At large values of the coefficient, equipment wear is accelerated.

In our example, if the crane with the lifting capacity 16ton worked less intensively, then other options of serial scrap magnets DIMET could be considered, such as EMG 185 HC or EMG 260-180-55 with the lifting capacity on heavy scrap of 4.48 and 4.4 tons respectively. Capacity factor in the first case would be 76.1%, in the second - 77.5%. But in the case of round-the-clock operation DIMET EMG 200-46 (load weight 3 tons) was the most appropriate for the range of optimal loads of the overhead crane.

The tests confirmed that the choice was correct. Increase of the lifting capacity allowed our partners to significantly speed up the unloading process and therefore improve performance at this logistics section. In addition, the more intense magnetic flow increased the efficiency of operating the loads that are tricky for magnets, such as heavy scrap with a small contact area.

In the article we gave an example of choosing a DIMET electromagnet out of the series-produced models. It does not exclude another approach. Our company can design and produce equipment specifically optimized for the certified standard of a crane.